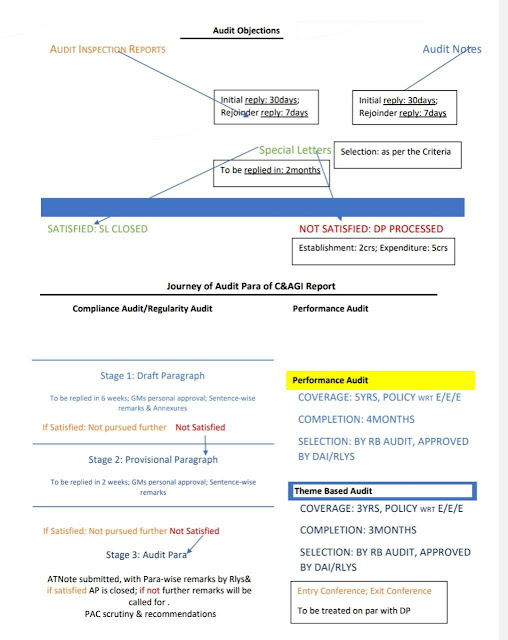 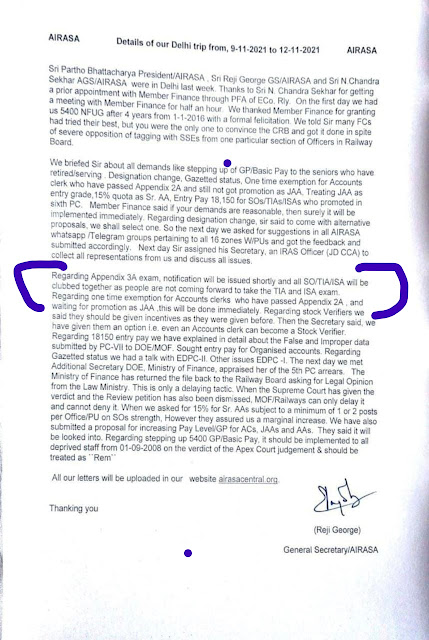 32.  In which category Railway employees employed in confidential related work are

(D) None among these.

45.       What is the weekly hours of duty of the Railway servants other than Gateman ‘C’

Caretaker of Rest Houses, Chowkidar, Saloon Attendant, who have not been given

76.     Which among the following is/are true regarding Industrial Disputes? [Sec 2(k)]

77.  .In the case of any industrial establishment in which 100 or more workmen are employed on

78.     As per ID Act, no person employed in a public utility service shall go on strike, in breach

of contract without giving to the employer notice of strike, within before striking or

A. Participation of Railway Employees in Management

B.  Participation of Railway Employees in Manufacturing

A. who die in harness in performance of bonafide official duties

B. who die in harness in performance of non-official duties

100.      Exgratia Lumpsum amount paid for death occurring due to accident in course of

A. Railway Servant who is removed/dismissed

B. Railway servant on voluntary retirement

A. Balance of PF of deceased Employee / family

B. service of deceased Employee / family

113.       Pensioner would be entitled restore his commuted pension after expiry of ___ years

115.       Railway Servant with minimum of -----of qualifying service are entitled for Voluntary

117.  Gratuity is paid @ ¼ months pay per each completed half year of the service subject to

118.    Period of Retention of Railway Quarters on account of missing of Railway Servant is upto

129. If both Wife & Husband are employed in Railways eligibility of availing  privilege passes

130.    A Government servant holding in Group 'A' post; may accept gifts from his near relatives

or  from his personal friends having no official dealings with him, but shall make a report

131.   A Government servant holding in Group 'C' post; may accept gifts from his near relatives

or from his personal friends having no official dealings with him, but shall make a report to

(a) Subsistence Allowance (b) Failing Allowance

(c) Supervision Allowance (d) None of the above

136.     How many types of standard forms that are used while initiating action against any

137.      Penalty of compulsory retirement, removal or dismissed from service should be imposed

139.      During the pendency of a penalty of stoppage of pass/PTO whether promotion of a

147.     The rate of contribution to join RELHS for Level 7 to  Level 10 employees as per the 7th Pay Commission shall be last month's basic pay drawn or _______amount whichever is lower