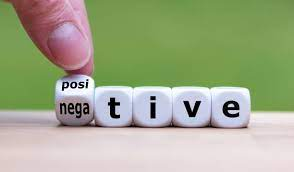 1.       Updated - The latest amendments have already been issued.

2.       Deleted - The items which have lost their relevance

4.       Numbering - Streamlined so that quoting of items in files becomes easier.

6.       Brief reference - wherever required instead of detailed instructions

7.       The items not covered in this list  - will be governed by existing codal provisions/guidelines from Railway Board.

·         Out of Turn Works - Safety works - No Ceiling  ( But should be completed within a maximum period of 8 months from the date of sanction.  Otherwise, the object of Out of Turn itself is defeated.

Note: The powers under this item should not be re-delegated to subordinate authorities.

GM Powers   - Nil  - The previous sanction of the Higher Authority i.e., Railway Board is necessary for all items listed below.

2.       Acceptance of resignation of a Gazetted Officer.

4.       Permitting the Non Gazetted employees to travel by Air.

6.       Amounts overdrawn by Officers, or otherwise due from them, which were discovered in Audit within a year.

12.   Changes, alterations, or modifications in the Rolling stock design.

13.   Purchase of a motor car, motorboat, truck, or any other vehicles (except two-wheeler for RPF)

14.   Any alteration in the existing Cash & Pay arrangement.

15.   Waiver of the full or partial cost of training of Railway employee who has received training at Railway's cost and who is required to serve the Railway for a minimum prescribed period.

16.   Any expenditure on an object which has not previously been recognized as a fit object for Railway expenditure, if any item is not covered anywhere, clarification from Railway Board may be sought.